Let's take a minute to imagine a luxurious day at the spa while we nosh on this lightly seasoned and ultimately refreshing spiralized cucumber sunomono salad.... 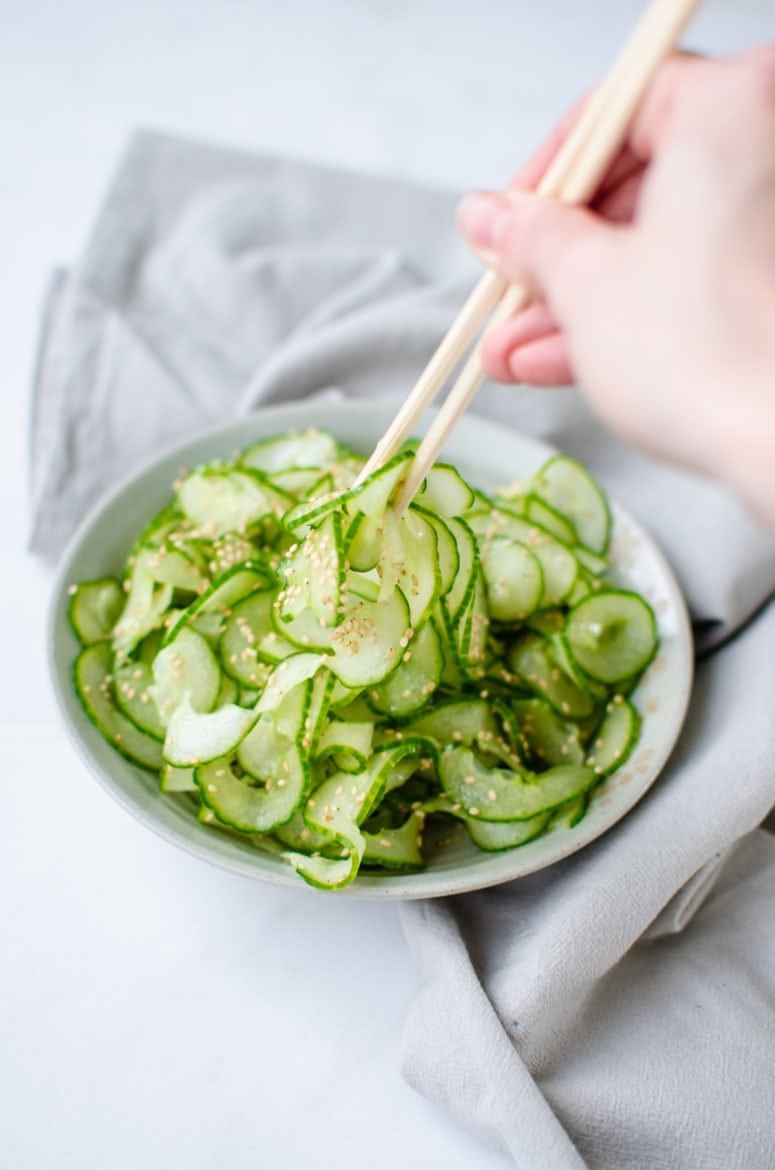 I could use a day at a spa right about now - how about you? My dead and calloused winter skin need some revitalization STAT and I could certainly go for a massage after all the moving/cleaning I've done this month - whew! Spa day was definitely on the brain when I made this salad - the perfect no-cook side dish to serve along a piece of broiled salmon with some steamed rice. It's almost a no-recipe recipe, if you ask me. But we all need those in our arsenal to whip out when time is crunched and bodies are tired. Can I get an amen??? 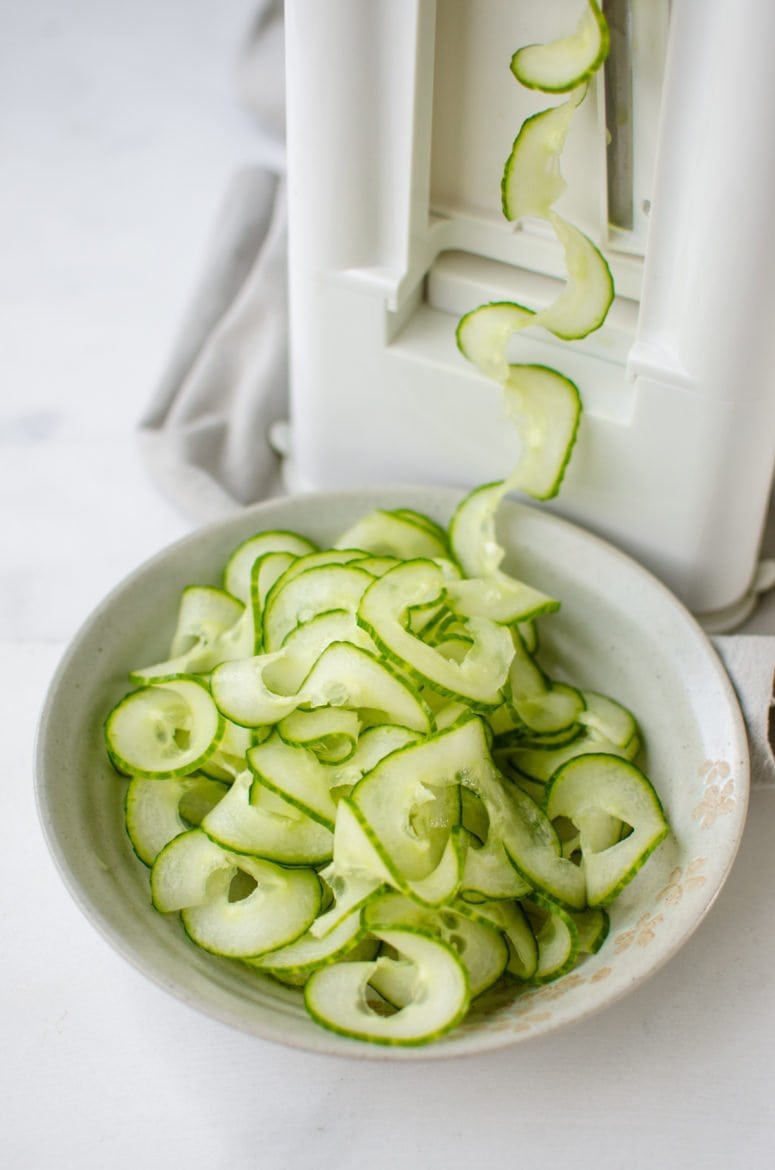 You may be scratching your head thinking "what in the world is sunomono?" Let me tell you. Sunomono is a traditional Japanese side dish of cucumbers marinated in a mixture of vinegar, sugar, and a few other things; depending on the recipe. I was first introduced to sunomono in my "Cuisine Across Cultures" class during my time in school at Le Cordon Bleu. Cucumbers were never on the top of my list of things I liked at that point; however, my first taste of sunomono quickly changed that! 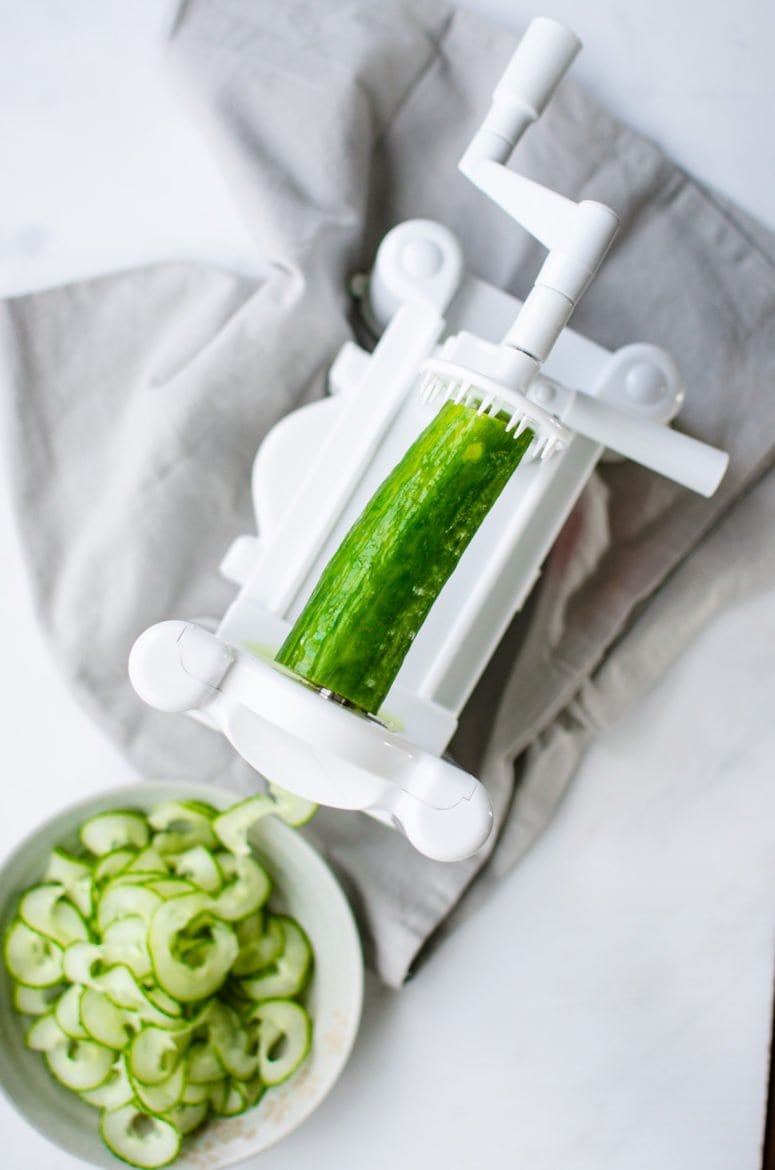 This little salad is so refreshing and delicious - I often find myself stealing bites of it throughout the day when I've made some! I'm late to the spiraling game; but thanks to a larger new kitchen and more cabinet space, I recently was able to justify purchasing one. Spiralized cucumber is perfect for this salad if you plan to serve it right away. However, if you plan to eat the salad over a day or two, I'd recommend cutting the cucumber into coins of about ¼'' thick. The cucumber seems to hold its crunch a little better that way. Make this next time you grill out - especially if you are using Asian flavors in your meal! 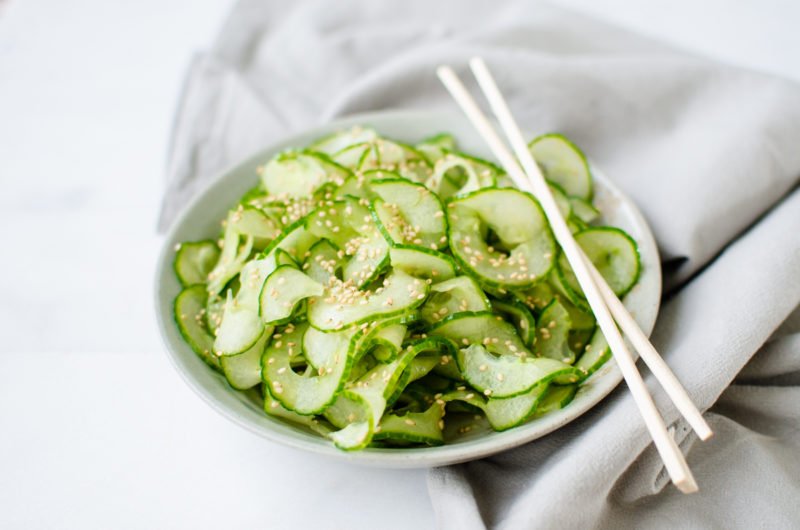 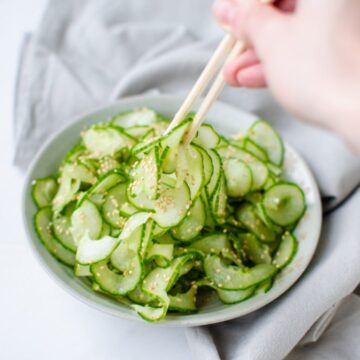 This refreshing spiralized cucumber sunomono salad can be ready in under 5 minutes and is the perfect, EASY side dish to serve with fish or other grilled meats.
Tried this recipe?Mention @sweetcayenne5 or tag #sweetcayenne!
Print Pin Rate
Prep Time: 15 minutes
Total Time: 15 minutes
Servings: 4 Cups

Did you make this recipe? I'd love to hear how it turned out for you! Leave a comment below or upload a picture to Instagram or Twitter and tag @sweetcayenne5 - it's always fun to see what you create!

Shop the spiralizer and kitchen items in this post!