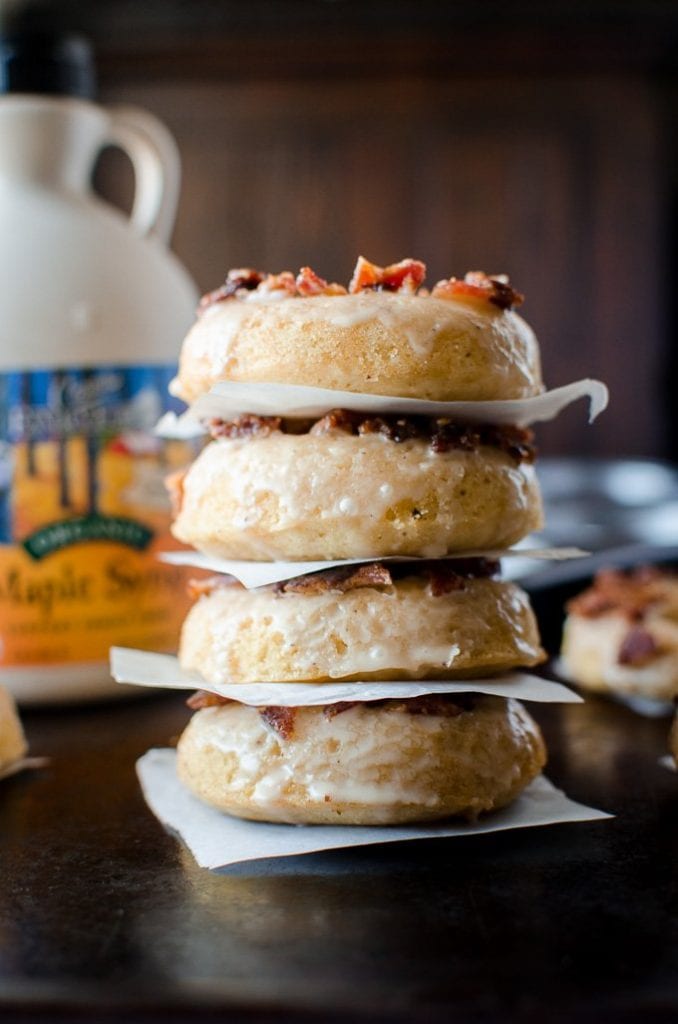 Somebody help me. No really, please just come to my apartment once per week and take all the fall baked goodies off my hands. I've been stricken with a very serious case of bakeritis. BAK-ER-I-TIS: a sudden and uncontrollable urge to bake anything and everything; commonly occurring with the onset of the fall season. Symptoms can be more severe if the individual baker owns a donut pan. HELPPPPPPPPPPPP! 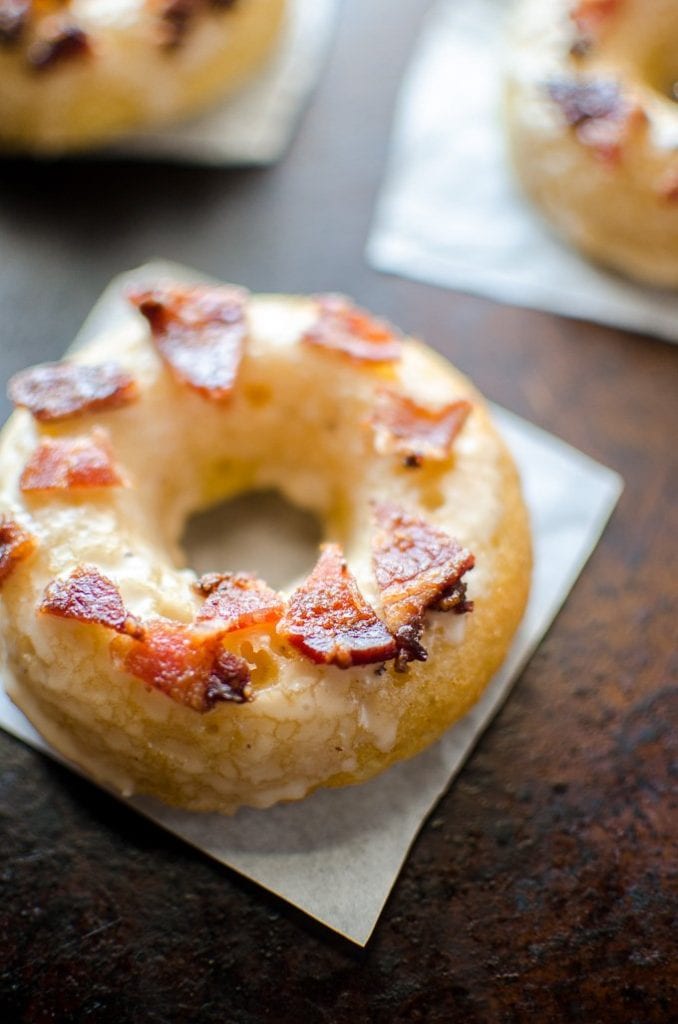 My urge to bake right now is outta control, ya'll. I'm trying to justify it with attempts to make certain recipes "healthier" and finding any excuse to  contribute a baked goods to a social event or just pawn the treats off on an unsuspecting, innocent passerby. If you're new to town like I am, having a case of bakeritis could prove to be an excellent way to make new friends. Who doesn't want to be friends with someone that makes them Maple Bacon Baked Donuts?

Before we get into the specifics of how to make this donut party happen in your own kitchen, I'd like to just clarify something. Is it "donut" or "doughnut???" When I was figuring out what to title this recipe, Google Trends kindly informed me that "donut" is much more popular search term than "doughnut." Perhaps it's because "donut" is easier to spell. In my mind, however, it makes sense that the word "doughnut" would refer to a dough and be indicative of the raised, yeasted doughs. "Donut" would then indicate a batter, which is what you would bake in a donut pan. What do you think??? 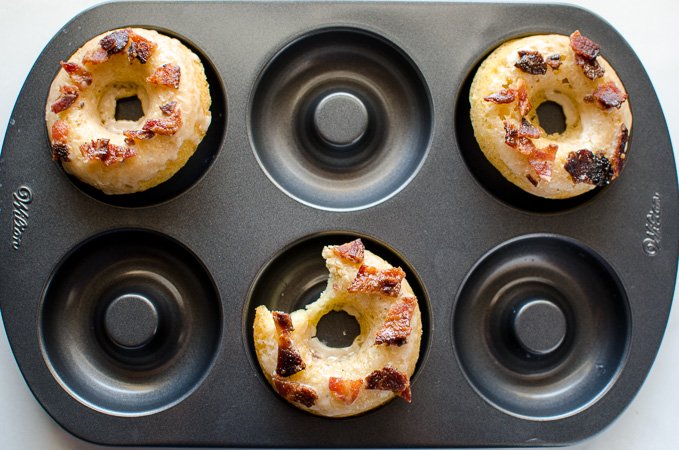 Now let me just tell you a few things about this donut situation:

Be a friend and go make these donuts. Eat one and have a friend, child, or unsuspecting neighbor ready to take the rest off your hands. Happy baking! 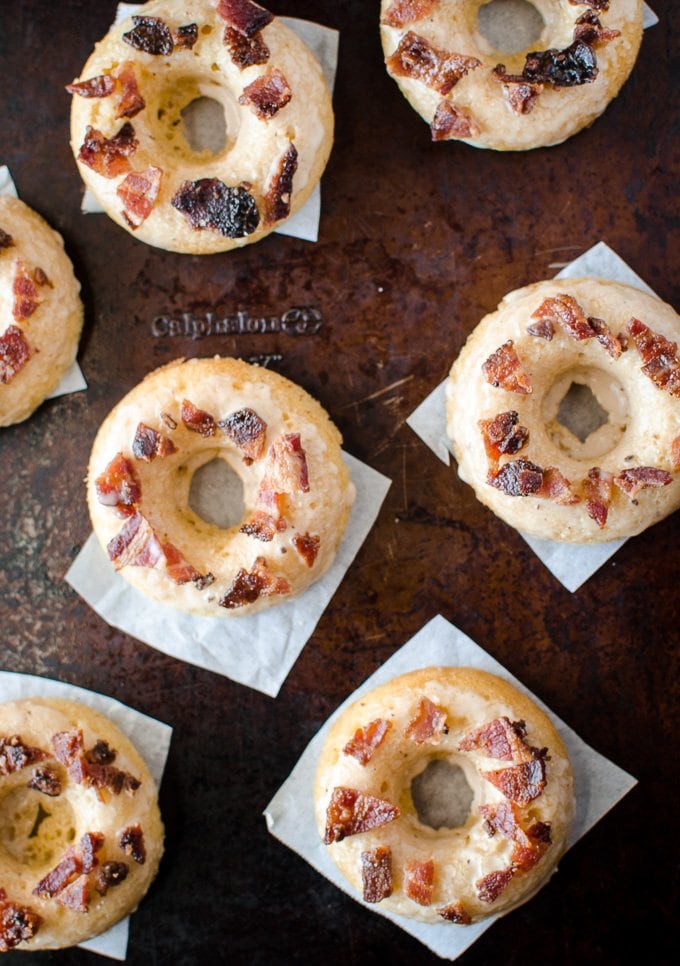 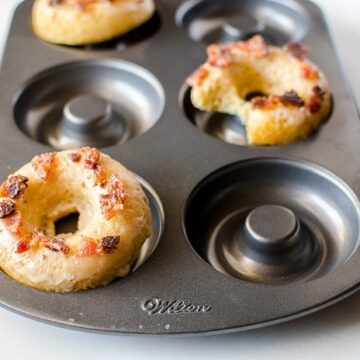 For the candied bacon:

For the maple glaze:

For the candied bacon:

For the glaze and donut assembly:

Tools You May Need (affiliate links):

« Come to the Dark Side: How We Turned the Light Out in Our Bedroom
EASY Butternut, Kale, and Black Bean Enchiladas + National Kale Day!!! »